William and Kate a Decade of Devotion 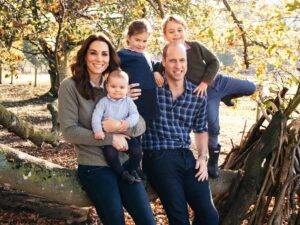 Celebrating 10 years together isn’t something particularly remarkable in modern society, despite new marriages hitting an all-time low in 2021. And this isn’t just a Covid-influenced blip; never before have weddings been fewer nor divorce rates been higher.

Regardless, a decade of committed love is worthy of note – not least when those 10 years are spent in the glaring spotlight of the world’s media.

That’s the milestone William and Kate have hit – a tranche of time with each other that has been significant not just for the arrival of three children, but the dawning of a new and rather troubled era of royal life where William’s own brother has fled the nest of the Windsors.

The marriage ceremony for William and Kate took place at Westminster Abbey on April 29th, 2011. It was overseen by Archbishop of Canterbury Rowan Williams, in front of the families of the bride’ and groom, as well as members of foreign royalty, diplomats, and the couple’s chosen personal guests.

The costs of the wedding itself were borne by the royal family and the Middletons themselves, with a guest list totalling 1,900 people. A third of those went on to a royal luncheon, with a privileged final 300 attending an evening dinner hosted by the Prince of Wales. 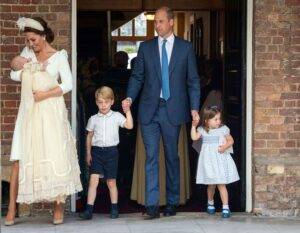 In terms of the stats behind the day, over two million people lined the streets to get a glimpse of the happy couple as they made their way to and from Westminster Abbey. Their new titles – Prince William became the Duke of Cambridge, Earl of Strathearn and Baron Carrickfergus; while Kate was named the Duchess of Cambridge, Countess of Strathearn and Baroness Carrickfergus – were announced by the Queen at 8am on the day of the wedding; while the flower budget alone was estimated at half a million pounds (that’s a third more than the wedding dress).

In the years that followed the couple have carried out their duties with exemplary calm and compassion. While others have faltered, William and Kate have strode forward with humility and a connectedness to the British public – and beyond – that none before them have achieved.

Royal Correspondent Jennie Bond says the way the couple have gone about their duties has been impressive. “I think they’re doing pretty well at having a normal family life. The family are continuing the tradition they’ve adopted from years ago which is to give the press some access at key moments and then hope that their privacy will be respected for the rest of the time.

“Largely, the British media go along with that – not quite so with the foreign paps, but William is very, very determined that his family should have some degree of privacy and he’ll be quite aggressive if people do transgress.” 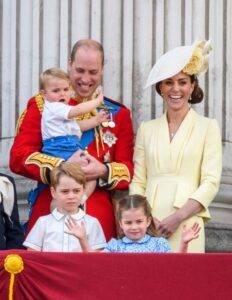 As for Kate’s immersion into royal life, clearly the births of princes George and Louis (2013 and 2018 respectively) and Princess Charlotte (2015), have endeared her to almost every onlooker.

“I think she’s continuing what Diana started, really,” says Bond. “She’s just that bit more mature and able to cope with all the pressures, the publicity. I think she’s doing a stonking job and she was a great choice – it’s great that they are mates, friends, and equals… an equal partnership there, or as much as it can be.”

In a world of 24/7 media, it’s not just the press who are ready to jump on any faux pas, but the Twitterati too, and the royal broadcaster is aware this adds another level of pressure to William and Kate. “Absolutely, I think there’s a lot less deference now – we know a lot more about them and I think people are demanding that the royal family be much more accountable for their actions, socially and financially.

“William and Kate are absolutely the best exemplars of this and I’m sure they will go on to be in future too.”