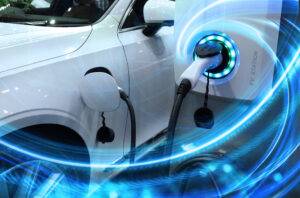 How Elon Musk’s drive for charging range has upped the game for his motor manufacturing rivals.

Tech wizard Elon Musk is so excited about his electric car revolution that he struggles to keep his feet on the ground… or is that because his other big project involves space travel?

Whichever it is, the recent rumours surrounding a proposed 90-acre electric car plant being built in Somerset suggest the world’s richest person – whose Tesla and SpaceX brands have been gamechangers in their respective sectors – has our future exploration of green tech and outer space in his safe hands.

As far as electric cars go, Musk sits at the forefront of an evolution that, within a generation, will have shifted from alternative to normal. Indeed, the only thing that has held back this revolution has, up until now, been the recharging needs of electric cars.

While these incredible vehicles have presented a new way of getting from A to B, along the way giving us one of the cheapest and greenest advancements ever conceived, the replenishing of power has been an issue.

And yet, improvements in technology have meant the range of our electric vehicles is better than ever. Take last year’s Tesla Model S, for instance. Musk’s pioneering vehicle brand is ripping up the rulebook and this shimmering, humming piece of tarmac tech will take you 402 miles on a single charge… that’s right up there with petrol and diesel vehicles. The only downside is the £75,000 price tag!

And what makes the Tesla brand so engaging as a tech entity that leads the way, is that others will always come along looking to replicate. Musk has opened up the motoring world’s consciousness to a new vision of electric cars that are also premium cars – rather than small, peculiar looking vehicles designed for running a few local errands – and other manufacturers are following suit. 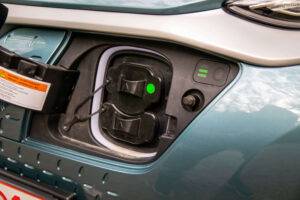 Hybrid vehicles are picking up the attention of those who do not want to commit fully to life in the electric lane. One of the leading lights in this field that successfully combines electric and traditional fuel is the 2018 Toyota Camry LE. This will get you an impressive 675 miles on a single charge – that’s the equivalent of driving from London to Carlisle… and back!

The downside for these brands is the fact you may often feel you need to remortgage the house in order to purchase one – indeed, while Teslas occupy four of the top five positions for fully electric driving range on one charge, with their X (351 miles), 3 (322 miles) and Y (316 miles) models, they occupy similar positions in the price lists. The alternative might be something like the Chevrolet Bolt EV – you’ll be looking at around £30,000 for a car that will take you well over 250 miles on one charge.

Hyundai (the Kona Electric also hits 250 miles) and Kia (the Niro Electric will take you 230 miles before you plug in again) both represent good value and 2018 models can be picked up second-hand for around £15,000; while for those seeking a bit more status, there is of course the ever-popular Jaguar I-Pace. Up to 300 miles in a car that balances eco and image perfectly… what’s not to like?!

Musk’s impact on the electric car market is one that cannot be underestimated. It has made him a billionaire and also delivered a sense of fashion and style behind environment projects that Extinction Rebellion could only dream of replicating. And yet the entrepreneur’s work is not done – so great is he as a visionary and pioneer of eco tech, he knows whatever move he takes next, others will follow. For Elon Musk, the pressure remains firmly on.