A Force of Nature

Sir David Attenborough and a career spent in nature’s microscope.

Sir David Attenborough needs little introduction. From very simple beginnings as a studio hand at the BBC back in the 1950s, the explorer, naturalist, philanthropist and environmental visionary only started narrating the broadcaster’s wildlife documentaries because of a lack of a presenter. 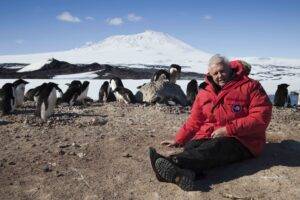 What has developed has been a love affair with the natural world and the placing of the 94-year-old as arguably the most trusted, respected and knowledgeable wildlife enthusiast on the planet.

Some have even labelled him the ‘godfather of the natural world’, although it’s not a tag he particularly appreciates! “It’s a bit lofty, that one,” he laughs. “I like to think we are just passing down the knowledge, the passion and the commitment to protect what’s around us. It basically terrifies me that there may be a generation in future that cares less than we do, just as there were many in the past.”

In truth, we are arguably more aware now of the natural world than at any time before. “One true benefit of social media is it’s so easy to get messages out and I think that will now always remain. We didn’t have that back in my early days – nothing like it – but we all had to learn. 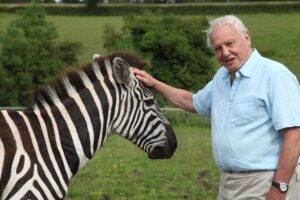 “And as for everything else, the truth is I’ve never wanted the plaudits or the commendation – I’ve just wanted to celebrate and assist in the preservation of this incredible world.”

From a lone figure in the time before we had any idea of the damage we were doing to our environment, Attenborough has a unique ability to purpose and present a way of reporting – one that raises awareness, creates urgency though, at the same time, patterns the natural world in all the events, stories and anecdotes that we find in human life.

“We should all think of ourselves in the same family – nature and the human race,” he says. “We are all here, trying to exist, trying to thrive, trying to prosper. It should never be at the expense of each other. We are all nature’s family.” 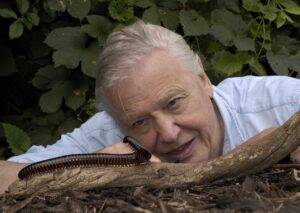 Attenborough’s is a story that is now almost seven decades in the telling. “I can safely say every day has been a pleasure,” he admits. And there is little sign of the naturalist wanting to wind down. “Covid has put a halt on our ability to travel, and actually that has given me a good opportunity to reconnect with home,” he says. “I live in a beautiful semi-rural pocket on the south-western side of London – not quite in the city, not quite out of it, but with enough to keep me in touch.

“I also think the time we’ve been forced to spend at home has probably meant we’ve listened more to the messages out there – to climate change, over-population, deforestation… perhaps we’ve all learned a bit more about the planet and ourselves.” 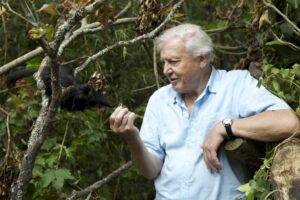 And Attenborough has faith in us discovering the right answers, even if he may not be around to see them. “At the end of the day, people have a brilliant habit of finding solutions – it is what we are all good at. I believe we will continue to push our understanding forward and there will be breakthroughs for these many problems.”

Attenborough also looks forward to science’s increasing impact on nature. The two are so closely intertwined now, and future advancements can only be beneficial for the preservation of the planet and the millions of animal and plant species that inhabit it.

“What I hope engages the next generation is that development of science. When I was a student, nobody knew anything about DNA, nobody knew that the continents shifted across the surface of the globe. Our understanding of the workings of life on Earth has changed beyond recognition, even in my lifetime, and will continue to, and that is the next challenge.”