Lose yourself this summer within the pages of these thrilling fictional offerings. 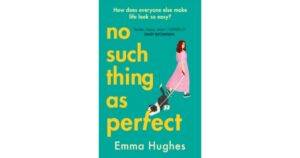 No Such Thing As Perfect by Emma Hughes

The ideal read for anyone who feels like they can never quite get their life on track, No Such Thing as Perfect is an intelligent and witty take on seeking love.

Finding herself in a bit of a rut, Laura Morrison seizes the chance to trial Cupid, a high-tech new dating service which will draw on everything she’s ever done online to find her perfect match. Along comes the handsome and charming Adam who, on paper, is the dream man, but as things start to fall apart Laura may have to accept that the path to true love never runs smoothly.

Published by Century on August 5 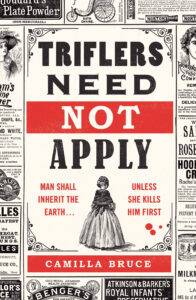 Based on the true story of Belle Gunness, whose murderous rampage began in Chicago in 1900, Triflers Need Not Apply is a novelistic tour de force exploring one woman’s determination to pay men back for all they have taken. Starting with her long-suffering husband, Mads, Belle embarks on a killing spree the like of which has never been seen before or since.

Deliciously dark and enthralling, Norwegian novelist Camilla Bruce perfectly captures not only the atmosphere and mystique of early 20th century Chicago, but also the ruthlessness and fury of her female protagonist – an astonishing feat given it is her first foray into historic fact/fiction and definitely worth a read.

Published by Michael Joseph on August 5 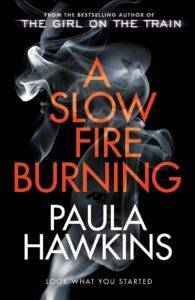 Paula Hawkins is back with her third thriller – after The Girl on the Train and Into the Water. A Slow Fire Burning is about three women: Laura, who is seen as a troubled loner; Miriam, who knows that just because Laura is seen leaving the scene of a horrific murder it doesn’t mean she’s a killer; and Carla, who is reeling from the brutal murder of her nephew.

Bristling with all the twisty thrills and dark surprises we have come to expect from Hawkins, this latest offering is sure to make it on the big screen at some point, but for now it’s worth fully submerging yourself in this devilishly satisfying tale.

Published by Penguin on August 31 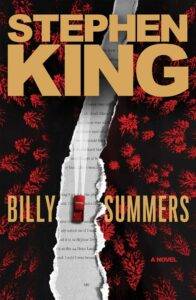 From legendary storyteller Stephen King comes a thrilling new novel about a good guy in a bad job. A killer for hire, Billy is a criminal with a conscience who will only take a contract if he deems his target a truly bad person – and with one more hit before he can retire, Billy’s morals are about to be pushed to the limit.

This spectacular can’t-put-it-down novel is part war story, part love letter to small town America and the people who live there, with a complex hero looking for one last shot at redemption. King at his finest.

Published by Hodder & Stoughton on August 3 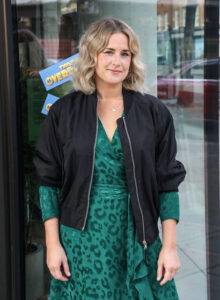 Journalist and co-founder of Motherpukka (a website for people who happen to be parents) Anna Whitehouse makes her first foray into fiction with Underbelly. Sharp-witted and highly topical, Whitehouse doesn’t shy away from the problems and preconceptions that modern mothers face as she tells the story of two women, Lo and Dylan. Lo is “the epitome of middle-class privilege” with her perfectly polished Instagram posts and armchair activism, while Dylan works as a telemarketer from her flat on a zero-hour contract in order to put food on the table. The two meet at the school gates and form a friendship which has devastating consequences.

Published by Orion on August 5