Top 10 Cars that Changed the World

For the past century, legendary marques like Ferrari, Porsche, and Aston Martin have acquired mythological status in world culture – engineering marvels that feed our instincts as road warriors and fire our desire to defy the forces of conformity. 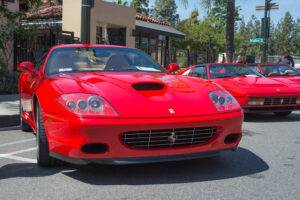 Ferrari can rightfully be said to have changed the way we perceive the automobile, with the Superamerica series – in which cars were equipped with the V-12 engine developed for its Grand Prix racing cars of the 50s – renowned as the world’s outstanding sports cars.

The car which has defined the Porsche marque for 40 years, the 911 brought race car performance to the autobahn, autostrada, and wherever else men chose to exceed the limits of their vehicular imagination. Right up to the new 2008 Porsche GT2, the 911 design has remained spectacularly intact and thus commands our attention as one of the truly iconic automotive designs.

The 1967-68 Ford Shelby Mustang GT 350 was one of the best American muscle cars ever built, a road-racing version of the standard fastback Mustang. The new Shelby model was transformed into an instant automotive icon during the classic 12-minute car chase sequence in the stylish 1968 cop classic Bullitt, starring Steve McQueen. 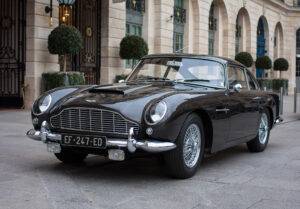 Another car that was etched into history via the film world was the 1965 Aston Martin DB5. This unique design gained instant immortality with none other than Sean Connery’s James Bond at the wheel of the newly launched DB5 in Goldfinger. Only 1,023 examples of this superb 6-cylinder 280 PS model were ever built.

Upon its launch in the 1952 racing season, the Gullwing was a sensation in virtually every racing competition it entered, with the 300 SL taking first and second place at Le Mans that year. While the street version was built out of steel, 29 aluminium production cars were sold to a lucky few.

Labouring under the shadow of the great Scuderia Ferrari, Alfieri Maserati produced breathtakingly beautiful designs. To that end, the Spyder is arguably the best example of true art in motor form.

Despite its unfortunate parentage (the concept of the Beetle evolved out of the wish of Adolf Hitler, an admirer of Henry Ford, to develop a car for the masses), the Volkswagen Beetle acquired a mytho-poetic status in the 1960s. It was the car driven by flower children, a symbol of cultural revolt and the ‘small is beautiful’ ethos outlined by E.F. Schumacher. 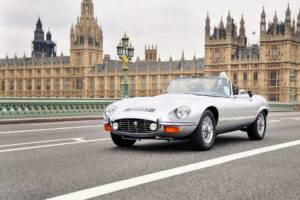 The ultimate phallic driving machine, the Jaguar XKE or ‘E-Type’ is the car that not only helped rescue the British motor industry in the 1960s, it also set a new standard for the low-slung, front-engine sports car. It was also tremendously affordable, selling for U.S. $5,500 – less than half the price of a comparable Porsche.

The fabled Corvette ‘Sting Ray’ is without doubt one of the most classic and recognisable designs in the history of automobile manufacturing. Developed by General Motors’ chief design engineer Bill Mitchell together with his chief stylist Larry Shinoda, it achieved immediate accolades upon its launch in 1963.

Finally, it’s impossible to leave Elon Musk’s electric car out of the list. Truly the most futuristic of all vehicles, the potential of this vehicle and the Tesla brand is the parallel of Henry Ford, over a hundred years on.

Last year the company passed the one million-mark for cars on the road, with an annual increase of over 35% on sales, year-on-year.

The factor that also puts the manufacturer above anyone else is reported assets of over $50bn, while Musk’s personal fortune is over three times that level.

That Tesla won’t lead out the electric car revolution is unimaginable.