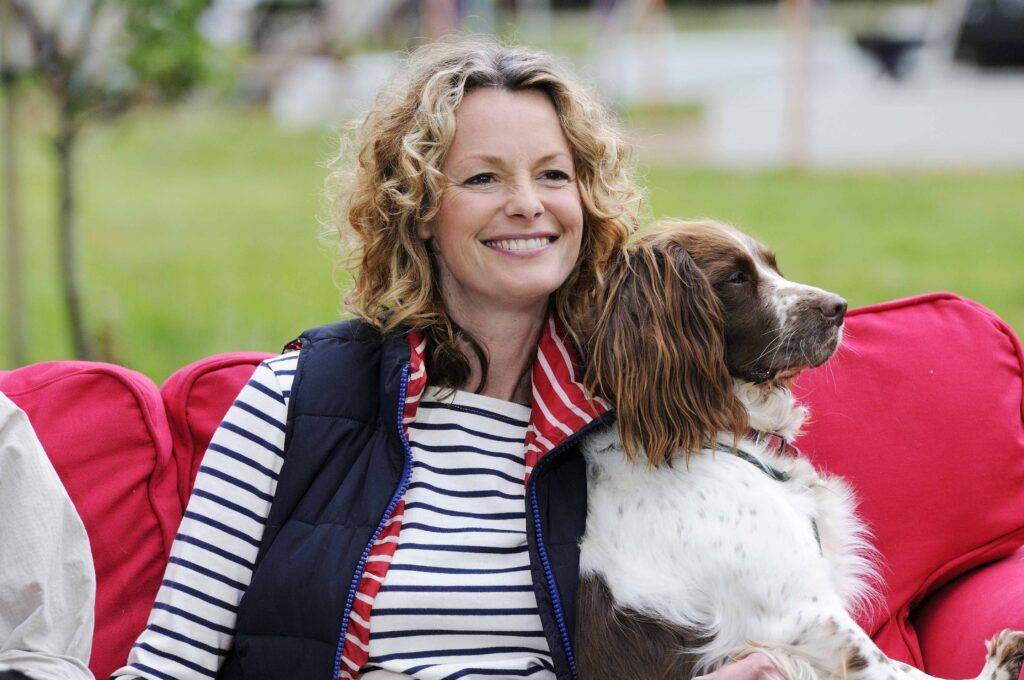 Presenter Kate Humble, on the natural beauty all around us, and how protecting is something we all need to invest in.

It’s hard not to feel a sense of pride in Great Britain when you talk to Kate Humble. With her infectious enthusiasm for all things natural, backed up by an encyclopaedic knowledge of British wildlife, the former Springwatch, Autumnwatch, and Lambing Live presenter positively exudes a love for animals and wildlife that have made her one of the nation’s most well-loved personalities.

But the aptly-named Humble is adamant that it’s the animals, and not her presence, that made her various TV commitments – and plethora of seasonal spin-offs – such a massive hit with viewers across the UK.

“As much as I love and will always love going to other parts of the world and filming and seeing and spending time with other wildlife, no one ever gets bored of the British countryside, be that the rolling hills, a simple stream, or a blue tit.

“I think the reason is that almost anybody – wherever they live – can look out of their window and see a beautiful animal in its natural habitat, and what has become very obvious over the years, across various programmes, is that people almost feel a sense of ownership over those creatures that we follow, and that they follow themselves at home.”

This connection between humans and animals is also the pervading theme behind 52-year-old Humble’s various literary ventures. Her book Friend for Life: The Extraordinary Partnership Between Humans and Dogs has been a passion project for the presenter, not least because it begins with her “personal journey” of taking responsibility for a Welsh sheepdog puppy called Teg, who has already captured the hearts of the nation in her own way.

“I did a series about our journey, and about the history of the Welsh Sheepdog,” explains Humble. “Originally it was just going to be shown in Wales, but then it was shown on BBC Two and she’s such an engaging dog – she got a bit of a fan club!

“Teg’s very distinctive, she’s very ginger and very white and she has these bizarre David Bowie-style eyes. I am not exaggerating! I will literally have people go, ‘Oh my goodness, that’s the dog off the telly’ and I think, ‘How rude!’… and then I realise they’re talking about Teg.” She pauses to laugh. “I’ve even had people coming up and asking for Teg’s autograph!”

Her most recent book, Thinking on My Feet: The small joy of putting one foot in front of another, took a rather more holistic view of our natural environment, and focused more on her incredible ability to immerse both herself and fans in the virtues of the British countryside “I think helping people love, respect and enjoy the countryside is more important now than ever before,” she says.

“Never before have there been so many restraints on or rivals to people’s time; so while we hear a lot about protecting our wild spaces by not overrunning them with tourism, at the same time it’s really important to get people out there, both for their own mental health and so that they can contribute to the rural communities that, in turn, support smaller wildlife projects.”

And whether we live next to a great expanse of green, or are city-based and require a more dedicated trip to a green space, there is so much we can do around us. “As the seasons start to change, it’s the perfect time to start thinking about how you can help wildlife flourish in your local area,” Humble explains. “We rely on wildlife for enjoyment and beauty, and wildlife relies on us for sustainability in more ways than you would imagine. If we help each other out, we both benefit.”