From Downton to Pamela Anderson 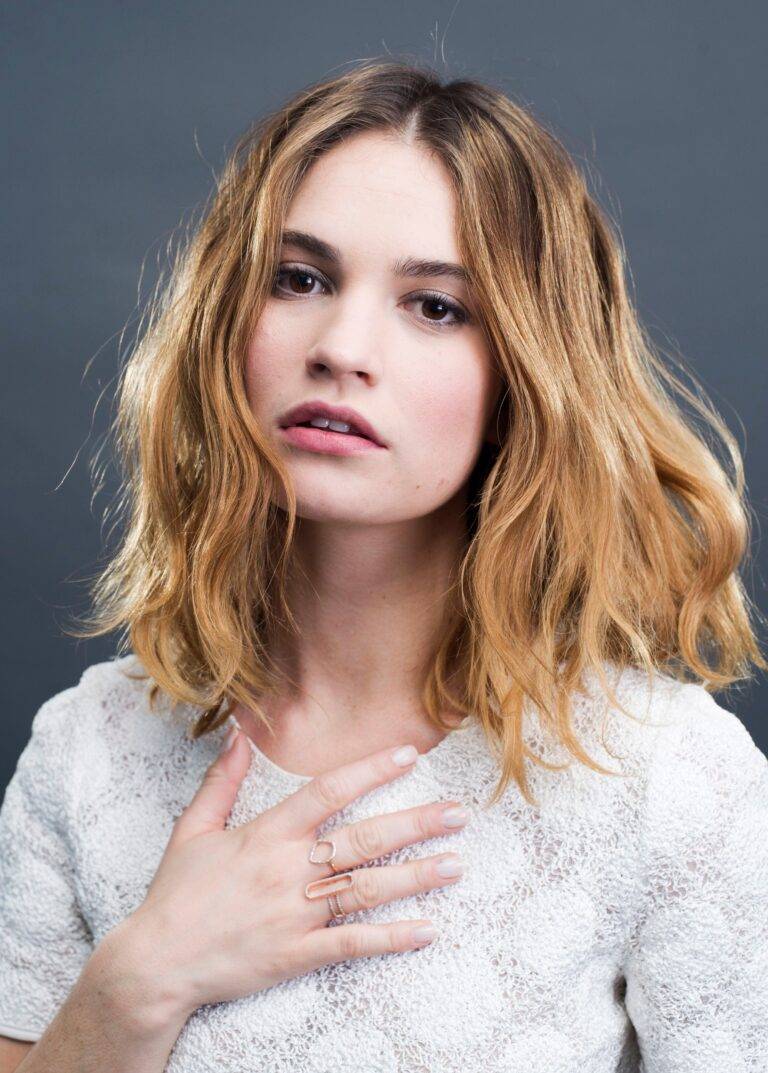 The evolution of actress Lily James.

In terms of career transformations, Lily James has been through many. From her early days of period drama grace and finesse on Downton Abbey, Cinderella and The Darkest Hour, to musical interventions – notably in the 2018 summer blockbuster, Mamma Mia: Here We Go Again – and punchy, action-led drama, in Baby Driver and Rebecca, comedy/reality fodder in the form of Yesterday, and romance-led films such as Rare Beasts and The Guernsey Literary and Potato Peel Society.

If a genre exists that the 33-year-old British actress is yet to truly explore, it’s the biopic; yet all that is set to change this summer when Lily stars as Pamela Anderson in the upcoming Hulu-screened series Pam & Tommy.

The eight-part series tells the story of how two stars from very opposite ends of the entertainment spectrum – she, the beach-bodied Baywatch star; he, the excess-strewn Motley Crew drummer – made waves and headlines in a sensational period during the Nineties.

“I must admit, when growing up as a young girl I never had the vision or perception that I would sculpt my own look to be that of Pamela Anderson!” begins the actress, with a laugh. “I mean, for a good two decades she was a fantasy figure for both men and women the world over, but not someone I ever thought I would be trying to emulate, so it was strange to really want to mould myself into this entity… strange but unbelievably exciting!

“The physical aspect was obviously the most demanding. It was a huge task each time we got on set to turn myself into her, and the make-up department did an incredible job.”

The role represents another significant forward step for an actress whose award roster fails to reflect the veracity and versatility with which she has approached her craft.

“I do wonder sometimes how I got here but I try not to think of it too often. I’ve just been so lucky, and although I’ve become a little more assured over time, I still fear it may all disappear, just like any actress does.”

Lily admits that the feeling of insecurity comes from a place of having to audition over and over again. “When you’re not getting anything, it’s difficult not to get too down on yourself, but it seems I have hit a rich streak of projects and that is obviously really reassuring for me.”

Lily, who names Cate Blanchett, Dame Maggie Smith, Gary Oldman and Kristin Scott Thomas as the most inspirational people she has worked with, remains philosophical about a body of work that continues to move her forward in its demands, with Pam & Tommy talked about in a way that top-ranking recognition on the awards circuit could be just around the corner.

“I am going to carry on giving everything I can to the projects I’m working on. Certainly, I am finding out more about myself as well as the people I portray, and that’s really important.

“I think, in film, there are a lot of characters where from the outside you assume them to be a certain way; yet when you delve under the skin you can really see how their environment or their circumstances have moulded them into becoming the people they have.

“Whether those characters are fictional or real, every one of them starts out as a certain person and ends the journey somewhere else, and as someone else, and I think that’s always important to remember.

“We know how the press like to imagine and present someone, and mostly it’s to sell newspapers, although I think they have largely been quite kind to me… so far!”